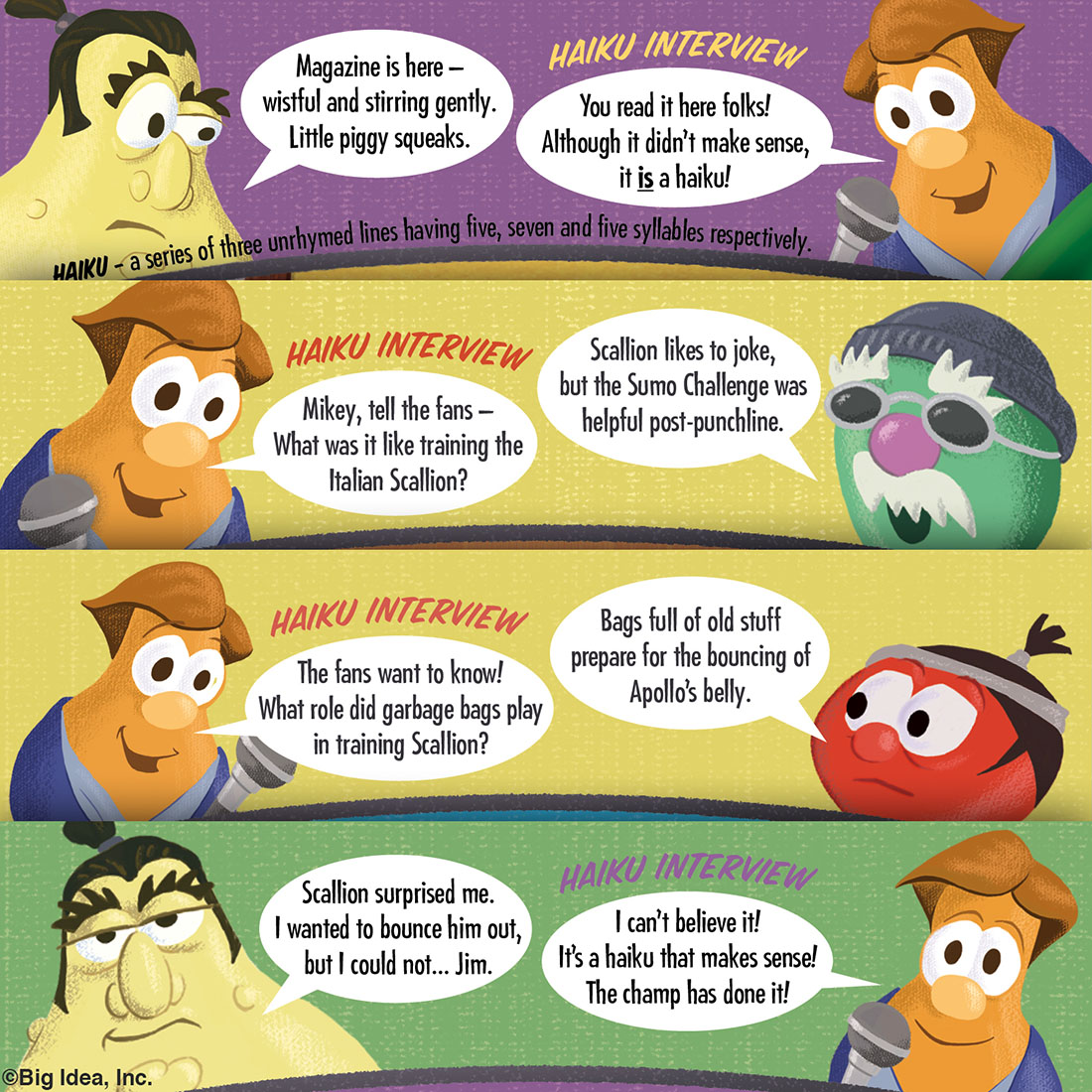 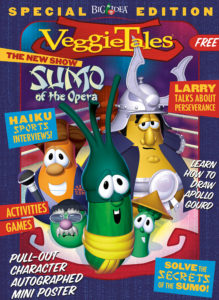 The Sumo of the Opera Mini-Mag and Other Odd Interviews

In 2004, Big Idea released VeggieTales Sumo of the Opera, a sort of Rocky/Mikado-inspired show. As part of the promotional efforts of shows at that time, we produced mini magazines, and the Sumo mini-mag was the first one out of the gate. Naturally, I decided to include Haiku Sports Interviews. I mean, wouldn’t you?

Arguably, this little interview segment is the strangest thing that I’ve ever done for the Veggies. I knew it would miss a few landings with the readers, but I got a kick out of it. Maybe Marketing was just trying to keep me happy – I dunno – but it was approved somehow. Nevertheless, I abandoned the Haiku theme in subsequent VT mini-mags for other oddly-themed interview segments.

I’ll leave you with a couple standard kid-jokes from LarryBoy and the Bad Apple Interviewer Interviews! 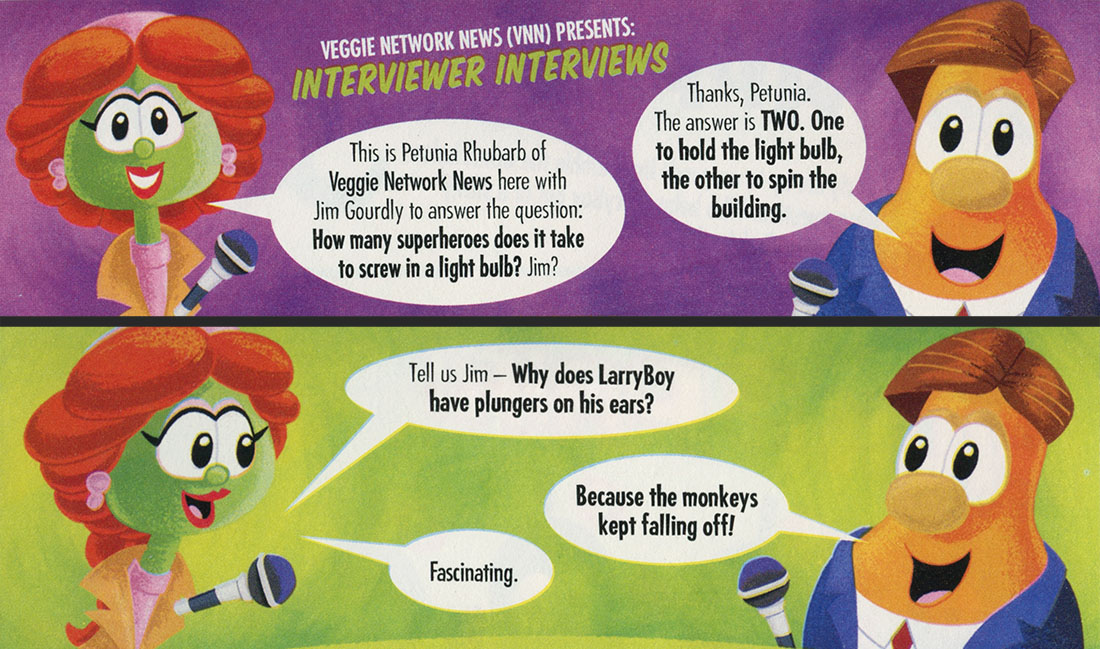 Odds & Ends is a blog series in which I’ll be posting all the stuff that doesn’t seem to fit quite right with anything else!